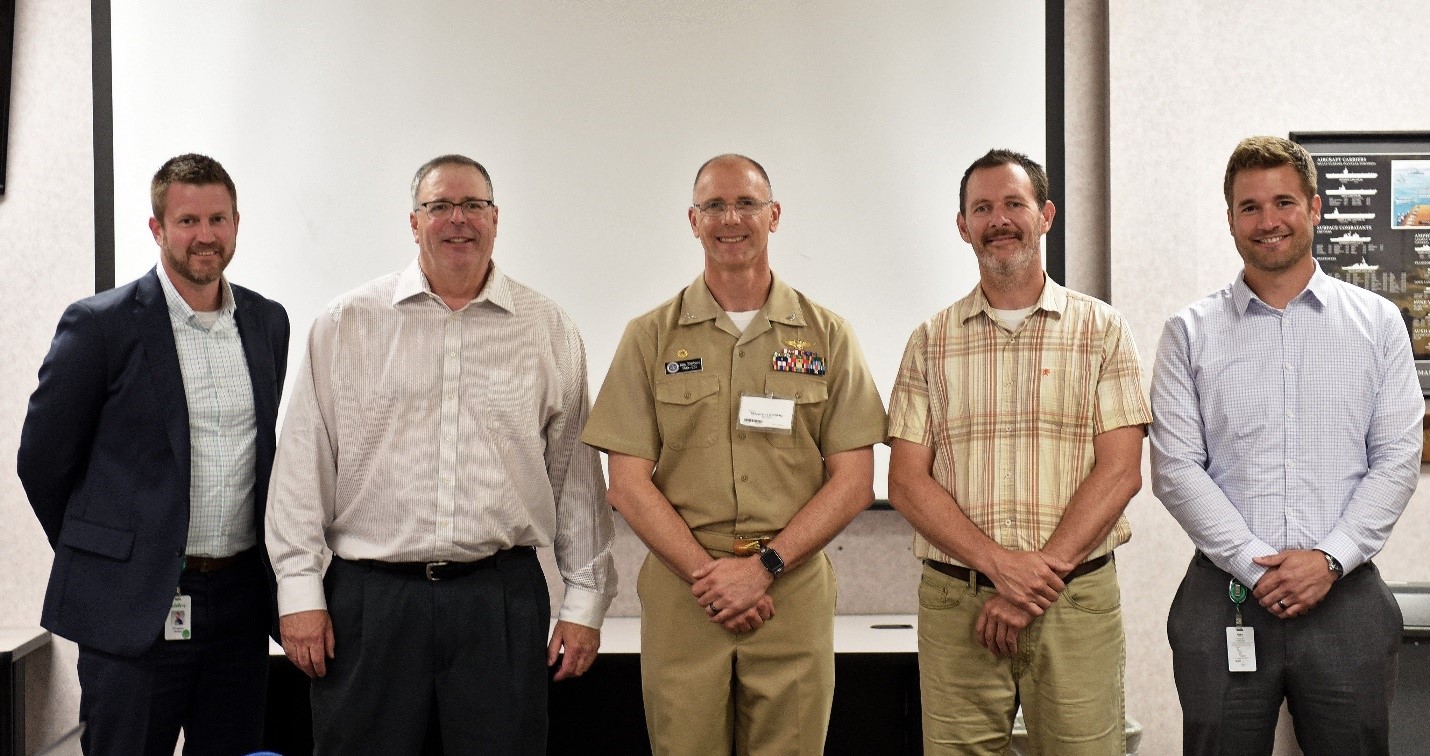 Following a presentation, Captain Sterbenz and his team toured the facility and viewed the ESS manufacturing and testing areas, as well as met additional employees who had a part in producing the 12 ESS units.

Kato Engineering is the provider of the ESS units to prime contractor, General Atomics, for EMALS on the Navy’s Ford-class carriers including USS Gerald R. Ford (CVN 78), the future John F. Kennedy (CVN 79) and the future Enterprise (CVN 80).  The ESS units provide energy storage capabilities and deliver the electric power needed for EMALS to launch aircrafts. Since 2016, the ESS project has contributed to the addition of approximately 35 jobs at Kato Engineering.

Founded in 1926, Kato Engineering is now part of Nidec and manufactures Kato Engineering branded electric generators / alternators, energy storage products and specialty electric motors in its facility in North Mankato, Minnesota. Kato Engineering has a reputation for designing specialty products for the most difficult applications and environments. The Kato Engineering name has become synonymous with dependable and high-quality power generation worldwide.