The Henderson County Chamber of Commerce sponsored a ribbon cutting at Nidec at 10:00 a.m. on Thursday, May 23rd, in celebration of the opening of the new facility expansion. “In June 2018, Nidec Motor  Corporation, the parent company of Leroy-Somer, announced it would invest $18 million in its facilities in Lexington, Tennessee.  The Tennessee Department of Economic and Community Development (ECD) announced it would partner in this effort.”

“A remanufacturing area of the plant, one of the many aspects of this investment, has been completely revitalized.  The area which has been expanded to accommodate new upgraded equipment, increases the capacity for manufacturing, and is paving the way for more economic development and more jobs in Henderson County.” Mark Piatt, Director of Operations, gave some brief remarks on the remanufacturing project to members of the Chamber of Commerce and special guests, who were then taken on a tour of the facility.  “With the help of the local community and of Bobby Dyer of the Industrial Development Board and Tracey Exum with ECD, we were able to make this project possible.  This is not the endgame,” Piatt said, “but just the start.”

The facility was originally constructed in 1966 as Century Electric, and about $9 million has been spent over the last twelve months, over 150 new employees hired, and a sales increase of about 30%.   Fifty thousand square feet of the 600,000 square foot facility has been reindustrialized, and lead time has been improved by one week.  Piatt said, “We anticipate another 35% in sales growth in the future.”

Special guests included Henderson County Mayor Eddie Bray; Lexington Vice-Mayor Sandra Wood; Bobby Dyer, Chairman of the Industrial Development Board; Tracey Exum, Regional Director of the ECD; and members of the Henderson County Commission to include Andy Anderson, Tommy Page, Wanda Powers, Joe Ross, Mike Lefler, and Terry Allen.  Lexington’s strategic location near I-40, manufacturing support, steel transport from the Mississippi River, and the efforts towards Workforce Ready employee availability, community and state support, were all factors in Nidec’s decision to expand facilities here.  “They have already exceeded what they promised,” said Bobby Dyer, “and will continue to grow as an asset to the community.” 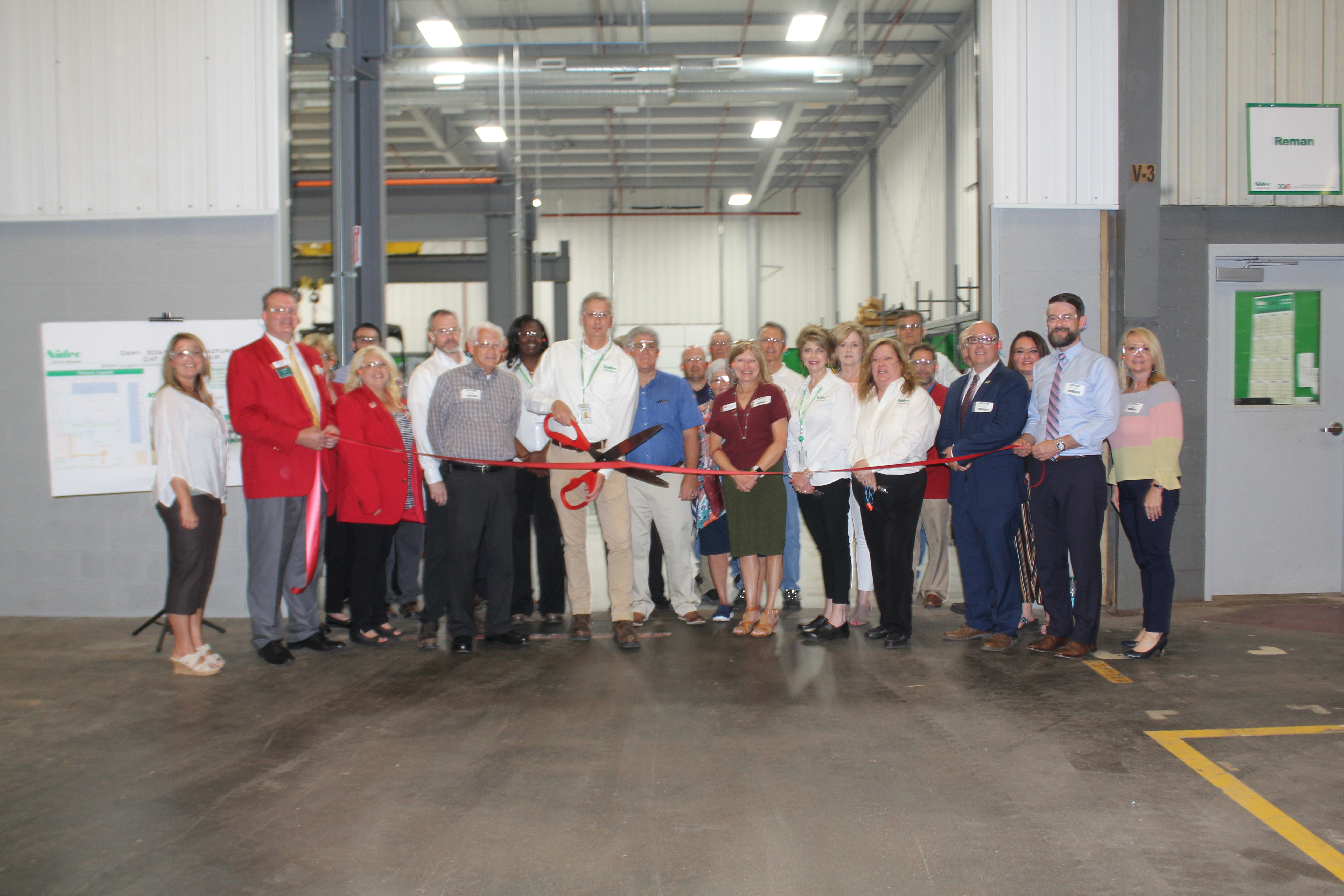 Nidec, the parent company of Nidec Leroy-Somer Holding, was established in Kyoto, Japan in 1973 by its Chairman and CEO Shigenobu Nagamori. In 1979, Nidec became the first company in the world to successfully commercialize a direct drive spindle motor for HDDs based on a brushless DC motor. Since then, the company has grown into a world-leading comprehensive motor manufacturer encompassing more than 300 subsidiaries employing over 100,000 people throughout the world and with annual sales exceeding €11B. Nidec's motors, drives, generators and related products are found in a diverse range of applications including computers, smartphones, home appliances, automobiles, manufacturing plants, robots and more.