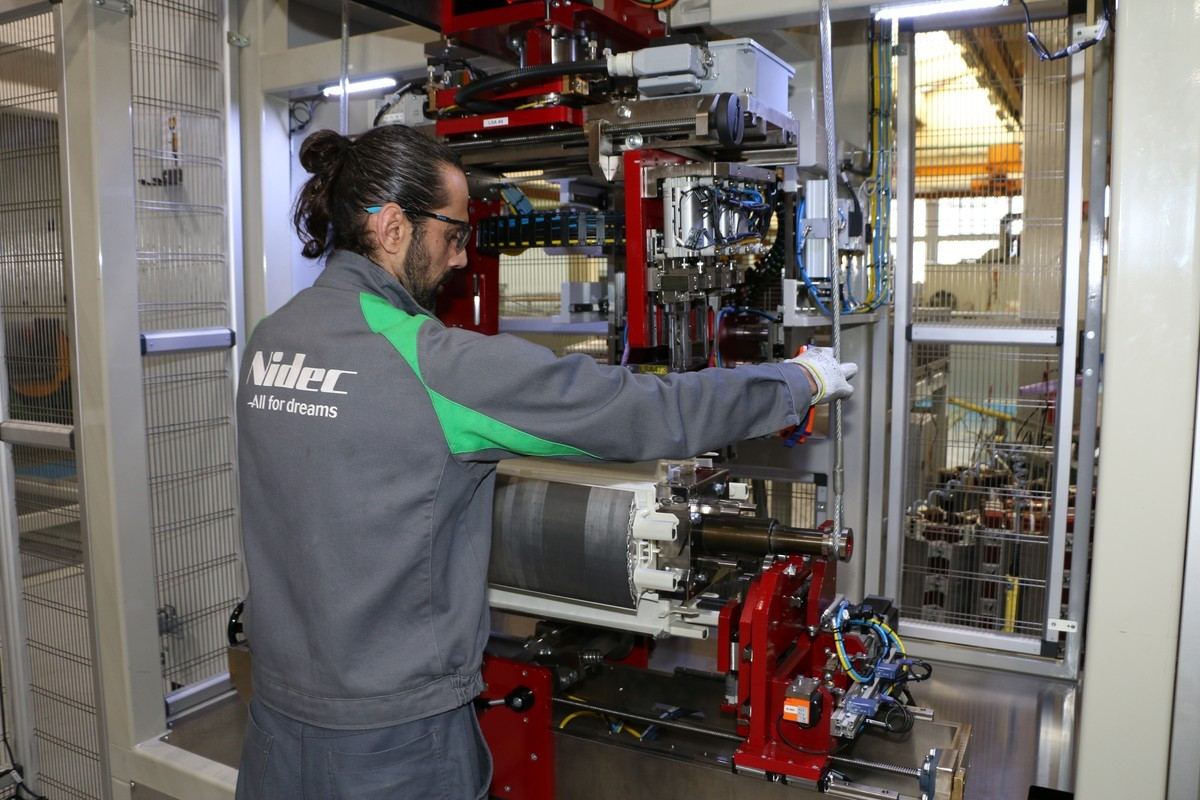 In our factory in Sillac in Angouleme, France, we manufacture industrial alternators delivering between 200 and 1000 kVA of power (LSA/TAL 463 and LSA/TAL 493). We have recently worked to optimize the throughput time and automate the rotating field production process. The rotor is an essential component, because it is the one that creates the rotating magnetic field. This means it is the source of the electricity produced by the machine. As a result, it is critical to optimize the efficiency and performance of this rotating part. Our technical choice is to use inclined rotors with flat wires for these machines. This configuration allows for maximal performances, but it is also more complex to build. 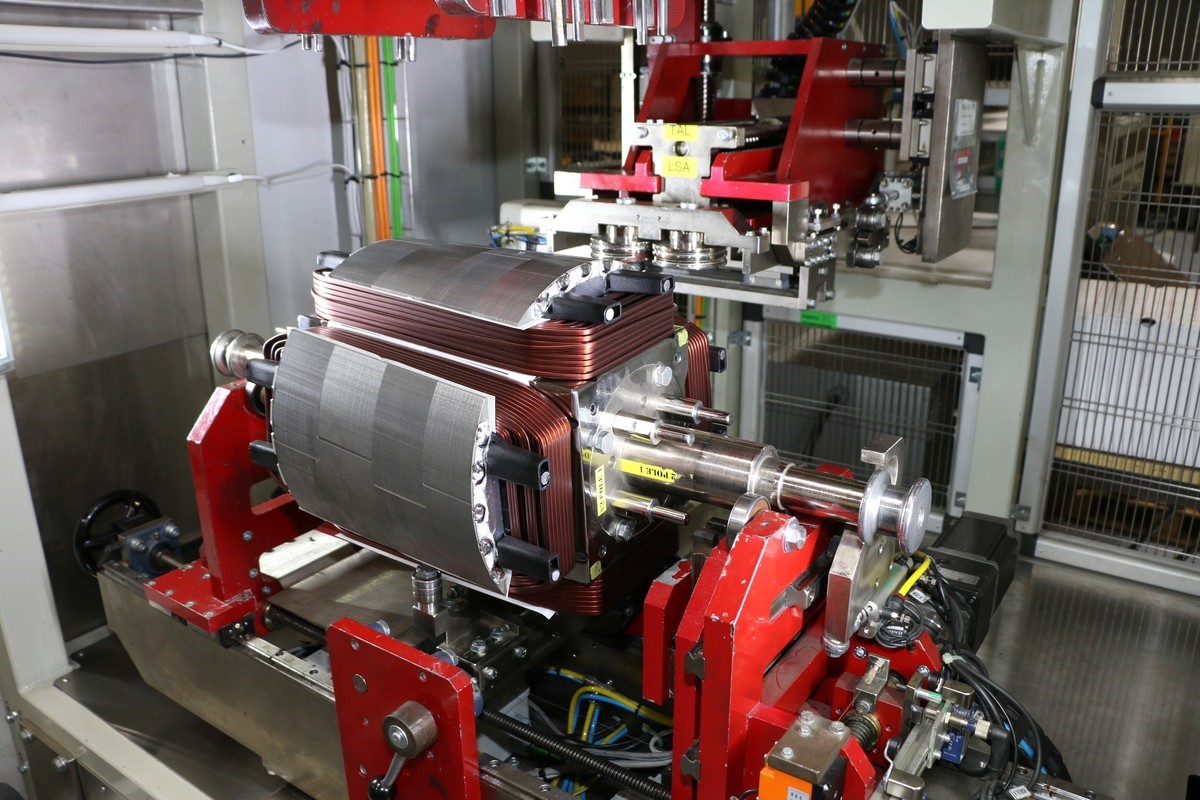 There was no machine able to carry out the operation automatically. Some machines could spool round wires on an inclined rotor, the others could spool flat wires on a straight rotor, but there was none that could do both. However, we were convinced that it was possible, so we started discussions with our suppliers. Finally, one of them agreed to work with us on this project. Although everyone told us it was impossible, we were deeply convinced it could be a big success. We learnt a lot from this project. Despite many adjustments, tests and mistakes, it was worth it.

In the end, we considerably reduced the production time of our rotors for this category of machines. The winding throughput time decreased from 3,5 hours to 25 minutes, which means that we saved 3 hours! 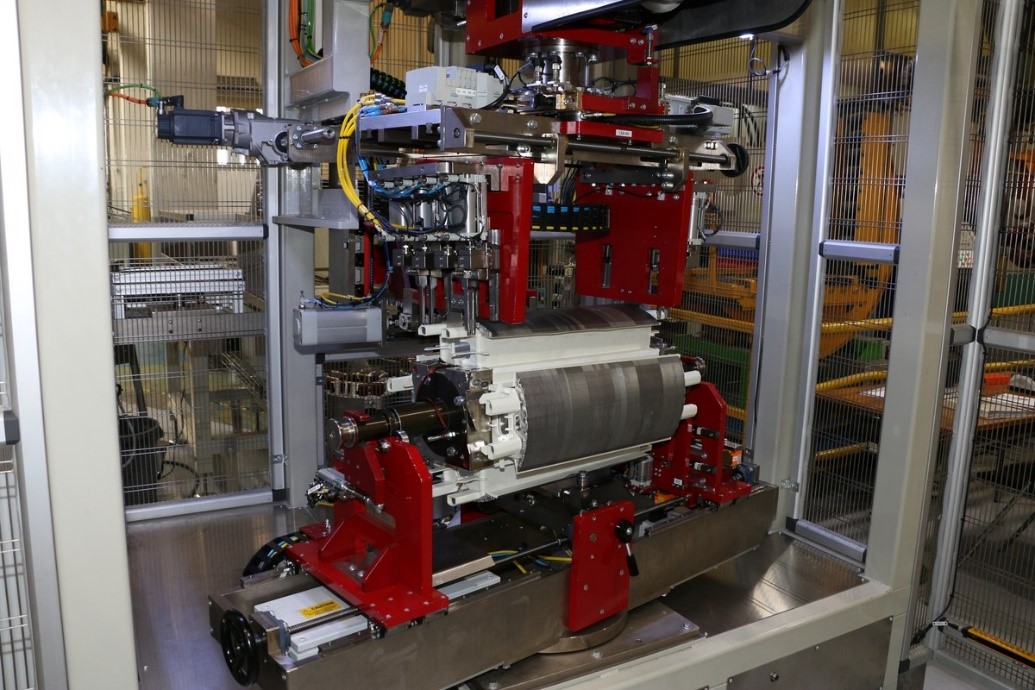 Another advantage of this new system is that the rotor winding is done in a single pass and there is no need to reconnect the poles. Our machine carries out several operations, which lets us avoid cutting the wire to reconnect it afterwards. The whole winding is now more resistant and more efficient. We also introduced an improved air circulation technology for rotor winding. It was possible thanks to spacers and blocks inserted in between the windings, which significantly improves rotor’s efficiency.

A couple of months ago, we launched a new project in order to use the same technology for more powerful machines (LSA 47.3 and LSA 49.3, TAL 0473 and TAL 049). We used our knowledge from the first phase to get straight to the point. Actually, we went even further, because this time we have a single machine handling two product sizes. We achieved this thanks to a fast size change system, which allows the operator to switch between 47 and 49 in just a few minutes.

We have also automated the loading part of the process through a system that automatically transfer from our welding platform where the metal sheet package is fixed to the rotor. The rotor moves automatically towards the workstation. It is a true bonus, taking into account that a 49 model rotor can weigh up to 500 kg.

In the same spirit, we are progressively deploying automated guided vehicles (AGV) ensuring the connection between the new winding station and a temporary zone that we use while waiting for the whole process to be set up.

The third step will consist in automating the impregnation phase, which follows the production of the entire rotor. We are planning to implement two robots in order to automate this sequence as well.
It is a fascinating project, and it required much determination to implement this new machine, but all participants remained motivated until the end. We have now a reliable and very efficient industrial tool and thus a competitive edge.

To sum up, we have a machine able to automatically load and then wind an  inclined rotor with flat wire for machines up to 1MW. This is the first machine of its kind in the world!