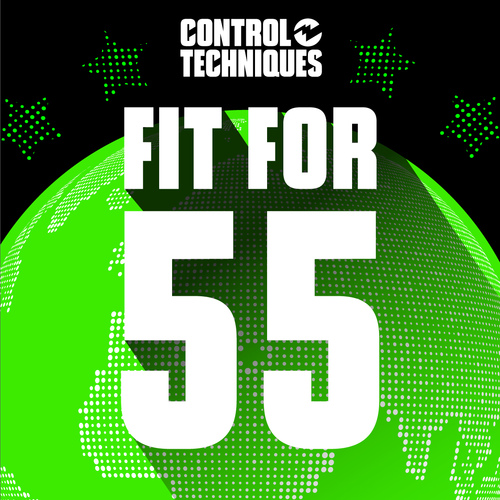 The make-or-break decade has started. The “Fit for 55” package released by the European Commission sets out milestones to cut 55% of emissions by 2030 and make the EU climate neutral by 2050. Variable speed drive (VSD) technology will play a key role in both reducing greenhouse emissions and meeting these targets.

Announced on July 14th 2021 the European Commission has presented a package of proposals to make EU policies fit for reducing net greenhouse gas emissions by at least 55% by 2030, in comparison to 1990 levels. Achieving these emission reductions in the next decade is crucial to Europe becoming the world's first climate-neutral continent by 2050 and making the European Green Deal a reality.

With these new climate proposals, the European Commission presents the legislative tools to deliver on the targets agreed in the European Climate Law. These changes will fundamentally transform our economy and society for a fair, green and prosperous future.


Electric motors consume 50% of the electricity produced by the EU


Worldwide, electric motors represent around 50% of the global electricity consumption. About 8 billion electric motors are in use in the EU, consuming nearly 50% of the electricity EU produces. The sector is very heterogeneous, with various technologies, applications and sizes, ranging from tiny motors, such as those driving cooling fans in computers, to huge motors in heavy industries. Promoting market uptake of efficient motors and drives is an essential contribution to the fight against climate change.


How do VSDs reduce energy consumption?

Variable Speed Drives are electronic power controllers that allow for precise control of the speed of AC induction motors that drive a variety of rotating machines, including fans, pumps and compressors. These motors are used in most heating, ventilation and air-conditioning (HVAC) systems. They account for a significant portion of the total HVAC energy consumption. VSDs intercept the incoming electricity supply, voltage and AC frequency based on the load requirements. This way, the motor speed and torque can be adjusted to match the load it is servicing with high precision. If the demand on the HVAC system was to change, the fan's speed could be modified by the VSD controlled motor.


Using a VSD, the output of the system (air supply in this case) is controlled by directly changing the speed or torque of the motor. At low demand, the motor runs slowly, and the power consumption decreases in proportion to the demand resulting in increased efficiency and energy savings.

In HVAC systems, VFD controlled fans show to significantly reduce energy consumption by up to 70%.

Control Techniques’ VSDs comply with the IE2 energy efficiency level requirement set by the EU Ecodesign Directive, and can be used in the most diverse motor driven applications.

Please click here to read about the Control Techniques approach to the EU Ecodesign Directive.